Rock Shocks are available in all the standard lengths, between 330mm to 410mm (13in-16.125in) with bushes to suit most of the popular twin shock trlals bikes.

Multiple spring rates available, and fully customised setup by us here at The Hell Team.

Rock Shocks are available in all the standard lengths, between 330mm to 410mm (13in-16.125in) with bushes to suit most of the popular twin shock trlals bikes.

Other bike types available, and all customs builds available. Just phone or email with requirements and we can sort for you.
ROCKSHOCKS HISTORY:

Rock Shocks have a long history in off road competition with success in all branches of the sport dating back to 1976.

The first Rock Shocks made their debut at the Scottish Six Day Trial. Every rider using Rock Shocks finished the event.

As a result of the modifications made from the lessons learned at the SSDT Rock Shocks began to dominate trials in the 1980’s. Almost every British National Solo and Sidecar Trial Championship, including Schoolboy A & B held in 1980, 81, 82, 83, and 84 was won on Rock Shocks.

An enormous advantage for the rider is that Rock Shocks are fully re-buildable.

Gary Fleckney took over ownership of Rock Shocks in February 2013 from John Bull.  Since then Gary has expanded the business through the development of new products.  Gary himself has a hydraulic engineering background and has been an enthusiastic competitor since the 1970’s and can be seen competing across the UK and Europe while testing and promoting the products.

In addition to the above, monoshocks for air Air Cooled Mono’s were launched in 2016 after development work throughout 2015 and the range continues to grow.  The first monoshocks had instant success in the air cooled mono championships.

Fork springs were launched in 2017 in answer to cusotmer demand, with the range of Rock Shocks products continuing to expand.

Rock Shocks are now being used around the World from Australia to the USA on bikes from AJS to Yamaha in all forms of competition.

As time has gone on we have expanded into classic scrambles, enduros, road, road racing and in fact even trials cars, quads, sidecars and aeroplanes.

Rock Shocks also undertakes commissions for specials.  The Hell Team carry a large range of Springs in various lengths and spring rates, along with all service parts. We can repair or service your shocks, and offer a fast turn around service.

Call us with your requirements. 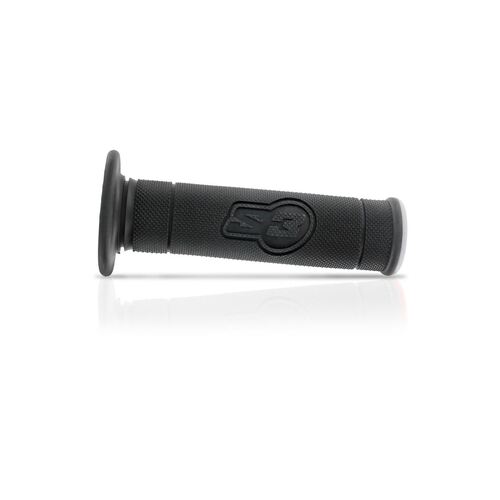 Welcome to our website. If you continue to browse and use this website, you are agreeing to comply with and be bound by the following terms and conditions of use, which together with our privacy policy govern The Hell Team Trials Store’s relationship with you in relation to this website. If you disagree with any part of these terms and conditions, please do not use our website.

We are committed to ensuring that your privacy is protected. Should we ask you to provide certain information by which you can be identified when using this website, then you can be assured that it will only be used in accordance with this privacy statement.

We may collect the following information:

What we do with the information we gather

We require this information to understand your needs and provide you with a better service, and in particular for the following reasons:

We are committed to ensuring that your information is secure. In order to prevent unauthorised access or disclosure, we have put in place suitable physical, electronic and managerial procedures to safeguard and secure the information we collect online.

A cookie is a small file which asks permission to be placed on your computer's hard drive. Once you agree, the file is added and the cookie helps analyse web traffic or lets you know when you visit a particular site. Cookies allow web applications to respond to you as an individual. The web application can tailor its operations to your needs, likes and dislikes by gathering and remembering information about your preferences.

We use traffic log cookies to identify which pages are being used. This helps us analyse data about webpage traffic and improve our website in order to tailor it to customer needs. We only use this information for statistical analysis purposes and then the data is removed from the system.
Overall, cookies help us provide you with a better website by enabling us to monitor which pages you find useful and which you do not. A cookie in no way gives us access to your computer or any information about you, other than the data you choose to share with us.
You can choose to accept or decline cookies. Most web browsers automatically accept cookies, but you can usually modify your browser setting to decline cookies if you prefer. This may prevent you from taking full advantage of the website.

Links to other websites

Our website may contain links to other websites of interest. However, once you have used these links to leave our site, you should note that we do not have any control over that other website. Therefore, we cannot be responsible for the protection and privacy of any information which you provide whilst visiting such sites and such sites are not governed by this privacy statement. You should exercise caution and look at the privacy statement applicable to the website in question.

You may choose to restrict the collection or use of your personal information in the following ways:

If you believe that any information we are holding on you is incorrect or incomplete, please write to or email us as soon as possible at the above address. We will promptly correct any information found to be incorrect.